Home » How I giveup suicide idea 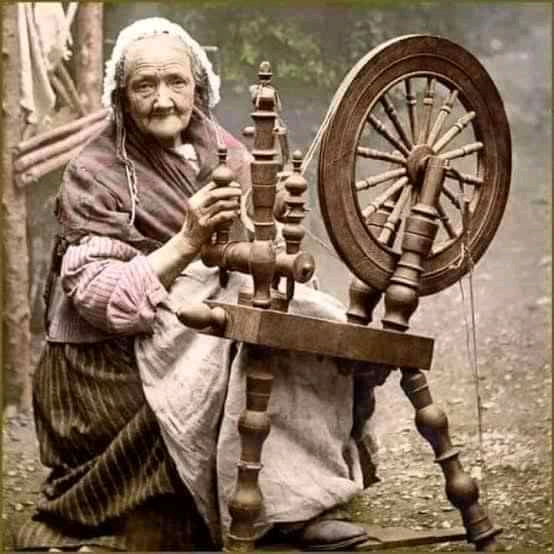 On my return, I found a man from Faisalabad on the plane. He was a well-known industrialist of the country. He was illiterate but had learned to speak English due to business.

However, his movements and mannerisms I had a glimpse of “Pando Pin”.

My experience is that a person can hide his background behind his form, behind his clothes and his credit card, but his tongue reveals all its secrets.

Two words coming out of a man’s mouth would tell the history of his seven generations. Are

This gentleman was also advertising his family history with his words on the plane. “I was sitting with him.”

I was very bored but then I thought why spend seven hours in agony. I try to be free with them.

Maybe it turned out to be contrary to my expectation so I became free with them.

Before I go any further, let me tell you that this is seven or eight years old from today and I was coming to Pakistan from Frankfurt.

Haji Sahib started telling me the nature of his business. How did he start the business?

He went on to talk about technical, industrial and economic and I kept getting bored.

He said, “If I had not committed suicide, I would have done so much today.”

Let me tell you this before I go to Haji Sahib’s story Everyone in the world except the prophets, saints and oppressors is planning suicide.

We plan suicide every day.

But then the mysteries of life, the beauties of life and the colors of life attract us and so we return to our path.

However, Allah Almighty frees the prophets, saints and oppressors from the fear of death and suicide. The reason for this is also suicide.

The Prophet and the saints have dissolved their essence in the essence of Allah, so life and death become equal for them.

In the same way, the oppressor immerses himself in oppression to such an extent that he also stops thinking about suicide.

He starts looking at death from another angle. I come back to Haji Sahib.

He started turning the pages of his life. He said that he was very poor. He came to Lyallpur (Faisalabad) from East Punjab in 1947 with a large family.

He was allotted a house of five marlas in which three brothers ‘Twelve children’, four sisters and parents lived.


Markets and factories were closed, there was no work and there was a severe shortage of food and drink at home, children cried because of milk and the family did not have money for milk.

Haji Sahib said, “I was a ten-year-old boy at the time. My brothers and father tried to run a business but failed.

We all looked for jobs and wages, but we didn’t succeed.”

During this time I got married. Allah Almighty gave me two sons but my condition did not improve.

Due to poverty, there were fights and quarrels in our house.

We were all brothers and sisters and our wives were given flour, lentils, rice and They used to fight with each other for yoghurt.

Our children used to quarrel with each other and our parents used to call us bad names.

I was so fed up with these circumstances that one day I had a quarrel with my wife.

And I decided to commit suicide.

I bought poison from the bazaar and took the poison and climbed on the roof of the house.

I thought I would drink poison and on the roof of the house under the open sky I would be free from the sufferings of the world. I took a bottle of poison. I opened the lid and looked at the bottle.

It was a cool November evening. The sun was setting and I was sitting on the roof in front of the bottle.

My death was two and a half hours away.
I had to take three sips of this chemical and in half an hour I would be free from the world and its sorrows.

I reached for the bottle but before touching the bottle a strange thought came to my mind ‘I thought why don’t I imagine that I am dead and like men I suffer all kinds of pain’ suffering ‘sorry’ I am free from anxiety, pain and humiliation, I no longer feel the heat like men, and the cold does not disturb the sun and smoke.

I understand that I have lived my life and from today the rest of my life is a ghost.

I will spend like a ghost who is tired, sleepy, in pain and not in pain, who only works and works 24 hours a day.

He said, “I overturned the poison bottle on the roof and at the same time stood outside the house. I sold my wife’s jewelery, household utensils and my clothes.

I bought clothes from the market.” ‘Put it on the carrier of the bicycle and stand in Ghanta Ghar Chowk and start selling clothes.’

Because I didn’t have to pay the shop rent and the salesman’s salary, my clothes were cheaper than the bazaar, so the customers started waiting for me. Meanwhile, the shopkeepers insulted me.

The police beat me with sticks. “The mills refused to give me clothes and I came home empty-handed after making noises all day, but I was not bothered by any pain because I endured every pain thinking I was dead.”

I am a ghost and ghosts and men do not suffer.

This continued until my work started. I moved from a bicycle carrier to a shop. From the shop I came to the field of dyeing plain cloth.

I used to buy cloth from factories. I used to take this cloth to dyeing factories.

From there he would make different designs on it and later sell the cloth in different shops.

This work was successful. I later set up a fabric dyeing factory.

I used to order cloth from abroad. I would see the design of this cloth and make this design on local cloth.

I started a ginning mill.

I started making fine cloth and I also started exporting ready-made cloth. God bless me and my business expanded. I moved from small houses to big houses and old ones.

Shift from the neighborhood to a good housing scheme.

I also bought three or four cars, hired servants and today I am one of the few big business men in Pakistan.

Haji Sahib said that he would not have succeeded today if he had not decided to commit suicide on that day or if he had not recognized himself as a ghost two seconds before suicide and decided to work blindly.

Haji Sahib got down from Islamabad and left for Faisalabad but on his way he gave me a new angle of thinking.

Whenever I read any news of suicide today, I remember Haji Sahib and I think of this person and There was only one difference in Haji Sahib.

Instead of drinking poison, Haji Sahib easily committed suicide by jumping into the river of labor while this person chose a difficult path like poison, track, river and bullet.

Goes and someone gets revenge on someone else. Whether it is Moses or Pharaoh in the world, they both return to their Lord.

Suffering in the world, difficulties and problems are also a great reality. Every person in the world goes through the process of problems like death but some ignorant people make these problems the cause of death and die prematurely Are If these people drink the poison of problems instead of drinking poison.

If these people think before committing suicide, their life is over from today and the rest of their life will be spent fighting like Haji Sahib, then all the colors of the picture will change.

Whenever I read any news of suicide, I wish this person would have thought like Haji Sahib for a moment, I wish he would have jumped into the river of labor.

He would be the biggest industrialist in Pakistan today because Hard work, however, is much easier than suicide.