Home » How to protect pakistan manufacture 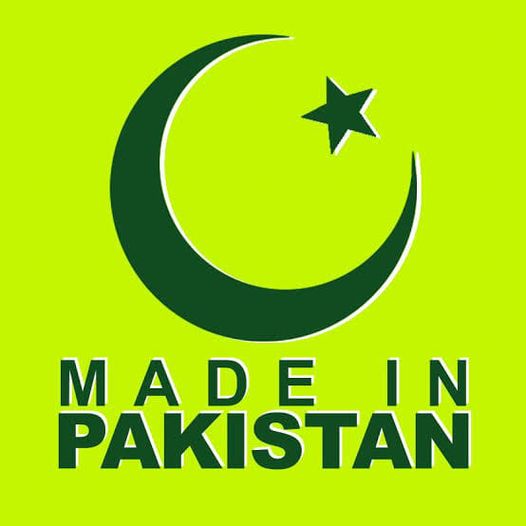 In the year 1994, a man set up a factory in Sheikhupura Road, Lahore. Production began when the factory was completed.

He came to Branderth Road, Lahore with the goods for sale. Reg Mar went to the dealers. Everyone joked, it won’t work. It will not sell. No one will take it. He met different people for many days. All but one and a half not only refused to take the goods, but on the contrary, it disappointed him severely.

That person had invested heavily. He began to consider different angles and attitudes of compatriots. And then one day he came to the market and told everyone that he had made a mistake in setting up this factory. Now I am closing this factory. He then built a new mall, stamped it with the stamp of a famous Chinese brand, and obtained trash from Chinese newspapers. He tied the rig in the rubbish of these Chinese newspapers, gave it to some Pathan brothers and sent them to the dealers. The Pathan brothers told them that we sell goods from China. We have this rig.

The dealers happily accepted the same rig. Rather, he collected more than he needed. This series lasted for a year and a half. Then one day the manufacturer went to the shopkeepers and told them that this is my goods that you are buying. From then on, they started buying goods directly.

Have a friend they have been making blowers for the last twenty years. Explain that when he made it in the beginning, he was very fond of it. He tried hard to write and sell Made in Pakistan. Sold very little. It was not possible to run the factory. Then seal Made in China, make China-like packaging. The factory has been operating ever since. Dozens of such examples can be given if you wish.

At least 50% of the parts of cars, trucks, tractors, etc. that you buy from China, Taiwan or Korea are made in the warehouse industrial area. Consumers who put foreign seals under pressure from vendors due to mistrust in Made in Pakistan are offered for sale in their packaging.
Professional car, pickup bunny, couldn’t book. Adam Motors built the Revo car. The company went bankrupt for not having a goat. Now United Motors has made Bravo, the price is less than half. How many people accepted.

When you say that spicy condiments, and delicious pudding mixes, spirits and jams, etc., have convinced themselves on the basis of quality, why can’t others? So the suggestion is what are the foreign products as opposed to spices and spices. Do not use Chinese or American spices, do not use spices. Talk about what they make.

Zulfiqar Industry has been making Capri Soup for decades. Becoming Tibetan soup, is the bath soup of the Sufis. The quality is by no means inferior to Lux or Palmolio soap, what percentage of people use it simply because it is a product of my homeland. Laundry detergent is made by Guy Soup, Sufi, and there are many local companies, with surf, aerial and express everywhere. Why?

Amrit Cola, Pak Cola, Makkah Cola and I don’t know how many such factories started with big chow, the price was also low, there was no significant difference in quality. Why not buy. Why closed. Even today, gourmets are ashamed to offer Cola and Cola Next to their guests, even though the guests are Pakistani. Dry milk made by Hala, made by gourmet, made by Ulpers.

Everywhere still runs every day. Why?

Probably ten percent of the people will know that Haier has been making calls in Pakistan since 2015. Have you ever looked to compare?

The request is that sometimes we have to think that I, my caste, my profit, my comfort, are in conflict with the collective or national interest. Sometimes my attitude is for the benefit of my country. Look at the behavior of all the countries or nations around the world that have emerged from the crisis or are on their feet and then show it by finding a common habit among themselves and them. Your tongue will understand the reason for the situation.

About the author: Shabnam Nazli
I am also happy