Home » iPhones Could No Longer Updated With iOS 15 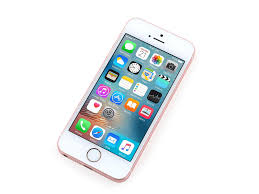 Apple continues to innovate and that is why in September of this year it launched iOS 14, the new update of the iPhone operating system, which is compatible with basically all its most recent versions.

The changes that could be perceived with the iOS 14 update was the redesign of the widgets, since now you can see more information and add them to the home screen, selecting the size and order as you like and categorize it.

Likewise, there were changes in the application library, since they are organized in a simpler and easier to explore way, ordering them by categories and the most used.

Also, there were modifications in the visualization of incoming calls, in Siri, in the arrival of Picture In Picture, which is a function for the simultaneous video playback.

What is mentioned about iOS 15

Although the departure of iOS 14 was recent, it is already said that in 2021 the new Apple software update will arrive, iOS 15. There are already some rumors from media specialized in technology about this update of the iPhone operating system, it is said that this will have a relevant change in the music application, Apple Music, as well as the creation of an augmented reality application never presented on a device and the interaction with the widgets. All of the above based on the new technology that comprises the iPhone 12 Pro.

However, it would be stated about some models that would not be taken into account for this update, since they would not be compatible with the new iOS 15 software due to their time in the market, such as the iPhone 6s, iPhone 6s Plus and first generation iPhone SE .