Home » Do you know Truth about pi network?

Do you know Truth about pi network?

What is a water network?

Friends, there is no doubt that there are one hundred and one ways of easy money including bank robbery.

Fraudulent and so on and you know very well but there are more than one hundred thousand ways of halal money including labor shop keeping and so on.

Let me first introduce you to the Internet?

But here I will talk about Internet Easy Money.

Now comes the second part of the Internet called Onion, the dark part of the Tour Browser Internet.

Now I will explain this by giving the example of the sea.

You have gone to this part of the ocean. The sunlight goes here but it is also dark.

Now there you cannot see the people floating on the sea and the people standing outside, nor can you see them but the sea.

The security system inside is watching you, that is, watching you here as well.
Now the deepest part of the internet is here. It’s just dark here. You can’t see anyone there and no one can see you.

That means you are here and there are people, but no one can see anyone here.

There are also dangerous aquatic animals that can see you and devour you at every opportunity. It is your destiny to escape from here.

Now the last part of the Mariana Web
That is, you have reached below the sea floor.

For example, the average depth of the sea is 11 km, but you are at a depth of 22 km, and what is here is known only to those who have reached here and who Arriving here, he never told anyone what was going on.

I hope you understand the internet
Now let’s talk about business
You are doing business on the sea.

That business is both legal and illegal
It is now up to you to decide which business to do legally or illegally.

It depends on you

Just as business fraud is real and real in real life, so is internet business
I’m sorry to hear that, but I was talking about cryptocurrency.

That is the net bitcoin of Forex ETC.
So bitcoin and other internet currencies are currencies that don’t really exist but are a digital currency.
You can only see the I-Who logo.

Now you can guess for yourself what the non-existent currency is used for
So the answer is simple.

The ones in the depths of the sea use the same currency.

A simple example is the red room. There is a bitcoin and you know what a red room is.

Dear friends, my postmortem of this writing is that these are illegal currencies that can get you in any big trouble because those who are in the depths below you,

The water on the web is a death game, as you have seen in the Blue Whale and Memo games.

I know this whole post is useless because it’s like a lot of people running a sound system are making noise with a microphone and a guy is talking in the same noise without a microphone.

If you like the writing, I will write the next part and tell you in which room the water will be used and how it will cause your death. 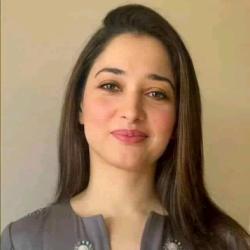